When the Tax Cuts and Jobs Act of 2017 was passed last December, a major piece of the legislation cast a shadow of doubt over the PEO industry.  As a result of the new law, qualifying pass-through entities will receive a 20 percent tax deduction; however, no language was provided to indicate whether these entities would still be eligible for this tax break as a client of a PEO.  While I and many other industry experts surmised that it was not the intention of the new legislation to negatively impact the PEO industry and its clients, there was no concrete guidance to support this expectation.

Finally, the federal government has provided follow up guidance to last year’s tax cut law, which includes language that confirms what many of us expected. Guidance 199A explicitly indicates that any pass-through entity that qualifies for the tax relief, will also qualify as a participant in a PEO.

Specifically, this revision states: “The Treasury Department and the IRS have received comments concerning whether amounts paid to workers who receive Forms W-2 from third party payors (such as professional employer organizations, certified professional employer organizations, or agents under section 3504) that pay these wages to workers on behalf of their clients and report wages on Forms W-2, with the third party payor as the employer listed in Box c of the Forms W-2, may be included in the W-2 wages of the clients of third party payors. In order for wages reported on a Form W-2 to be included in the determination of W-2 wages of a taxpayer, the Form W-2 must be for employment by the taxpayer.  The regulations under former section 199, specifically §1.199-2(a)(2), addressed this issue, providing that, since employees of the taxpayer are defined in the regulations as including only common law employees of the taxpayer and officers of a corporate taxpayer, taxpayers may take into account wages reported on Forms W-2 issued by
other parties provided that the wages reported on the Forms W-2 were paid to employees of the taxpayer for employment by the taxpayer.” 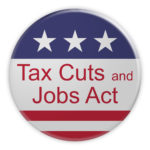 In other words, companies that pay their employees through a PEO will still be credited with having paid those wages for purposes of the new tax law.

Clearly, this puts an end to any doubt surrounding a pass-through entity’s ability to receive their tax deduction while participating with a PEO. Thankfully there will be no disruption to the professional employer organization industry and the millions of employees that count on PEOs for their paychecks.

For more insight into the professional employer organization industry, sign up for the free eBook “The Truth About PEOs”.